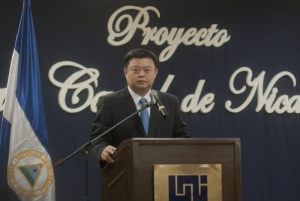 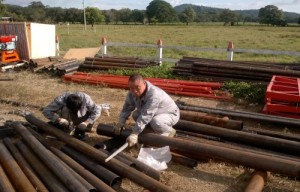 It seems that the Chinese will start construction of a canal through Nicaragua at the end of December. A Chinese business magnate by the name of Wang Jing and his Hong Kong Nicaragua Canal Development Investment Company (NKHD) made an agreement with Nicaragua in June 2013 to build a canal and actually seem to be getting ready to start construction now. Engineers are starting to show up and perform surveys, analyze the soil, and assess environmental impact although the Nicaraguan government already agreed to allow the NKHD to own the land for then next fifty years prior to making any assessments. Chinese contractors have gone to various peoples homes to determine property values, though aren’t required to pay any fair amount for their land. NKHD isn’t even required to actually finish the project nor can it be held responsible under the agreement for anything that goes wrong. The agreement was authorized under legislation that was rushed through the legislature in seven days and no public input for the law occurred. The Nicaraguan Constitution was recently re-written just to allow the agreement and legislation for the canal to pass.

Many Nicaraguans are opposing the plans to build the canal with many of President Ortega’s former supporters and former revolutionaries claiming they are ready to fight the army and police. I find it hard to blame them, they didn’t really have much say in the matter and if anything goes wrong or the canal ends up not being profitable there’s really very little Nicaragua can do about it. I wonder what would happen if the canal is built yet unprofitable or if one of the two active volcanoes along the route goes a little too active? Maybe good ties with Communist China wasn’t such a great idea? What if enough people join the New Contras and actively fight against the government and NKHD? Only time will tell I guess…

The Economist – A man, a plan-and little else 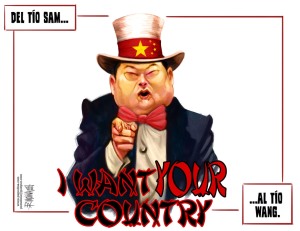 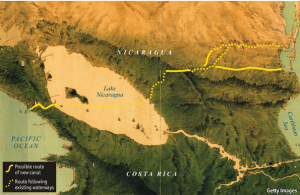 One thought on “Coming Soon: A Chinese Canal through Nicaragua”