I just noticed this story about an interview of Justice Ruth Ginsburg did with NPR’s Nina Totenberg where she explained why she stayed on the Supreme Court for as long as she has. Justice Ginsburg’s answer to Nina Totenburg is just exceptional:

“It has been suggested by more than one commentator, including some law professors, that I should’ve stepped down during President Obama’s second term. When that suggestion is made I ask the question: Who do you think the president could nominate that could get through the Republican Senate that you would prefer to have on the court than me?”

So, it was nothing but politics and she probably thought that President Trump never had a chance of winning. Justices Sotamayor and Kagan got a few Republican (nine and five respectively) Senators to support their confirmation so I believe that she could have easily retired a few years before the 2016 election. Perhaps she thought that she was “on the right side of history” and didn’t have to expect to cling on to the bench until at least 2020 (or the likelihood of 2024 after slow Joe Biden gaffes up the next election).

In another gem from this interview Justice Ginsburg states that the Supreme Court being in session helps her physical troubles go away:

“This latest has been my fourth cancer bout,” she said. “And I found each time that when I’m active, I’m much better than if I’m just lying about and feeling sorry for myself. It’s necessary — a necessity — to get up and go. It’s stimulating. And somehow, in all of these appearances I’ve had since the end of August, whatever my temporary disability is, it stops, and I’m OK for the time of the event.”

The Democrats and the media routinely mock President Trump’s fitness for office and faculties but I’m fairly certain that a man who can campaign and be as active as he is probably has a lot fewer health ailments than Justice Ginsburg. He also hasn’t had four bouts of cancer… 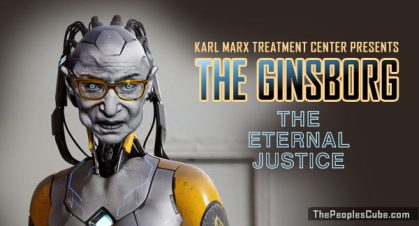 CNBC – Ruth Bader Ginsburg fires back against critics who say she should have retired under Obama: ‘Who would you prefer on the court?’

A few of the more interesting comments from The Hill article:

Wow, people are seriously offering up their organs and years of life just so the bad orange man can’t nominate someone else:

Ruth Bader Ginsburg can have one of my kidneys, I’m not using it

# When Ruth Bader Ginsburg is trending and we all have a heart attack.

Can someone invent a crowdfunding where we donate years off our lifespan instead of money? Put me down for 2.

is there a way to change my organ donor status to “please give Ruth Bader Ginsburg dibs on these?”

I will literally give 3 ribs to Justice Ruth Bader Ginsburg if she needs them, along with whichever other body parts she requires until 2020. #ThursdayThoughts #RBG https://t.co/bm1E27Plh3