The United Kingdom has been considering the possibility of leaving the E.U. and will even be holding a referendum on this very idea soon. I’ve never thought it made sense to push over two dozen nations together in such a manner. It’s bound by a common currency, except for the U.K., yet has no common economic policy. Germany wants other nations to be more austere, a lackluster labor market, the threat of deflation, and a lack of any common economic policy are very dangerous for the E.U.. Continental Europe is bound by a common currency yet not bound to actually help other member countries out or have a common goal. There is no common defense policy amongst the various nations of the E.U.. Why shouldn’t the United Kingdom be able to control who enters their borders from other countries? Only time will tell if the E.U. can stay together, perhaps economic forces alone will pull it apart? 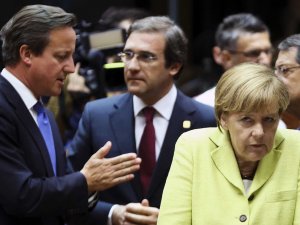 One thought on “A breakup of the EU?”