One of the most interesting articles that I’ve seen lately on Yahoo! News concerns how European Union leaders are worried about control of Europe slipping from their grasp. From the article “‘EU in danger’ of disappearing, warns Schulz” European Parliament President Martin Schulz believes that the E.U. may not last another decade.

“‘The European Union is in danger. No one can say whether the EU will still exist in this form in 10 years,’ Schulz said in an interview with German newspaper Die Welt.”

Free trade isn’t enough for elitists such as Schulz; he and his other central planners must dictate how European governments operate.

“In the EU there were now ‘forces at work to drive us apart,’ said the German politician.”

I thought that E.U. leaders claimed to care about democracy? Not when it gets in the way of their control it seems.

“We must avoid this because the consequences would be dramatic.”

You don’t say Schulz? Dramatic consequences such as not tying Germany, France, Portugal, and Greece to the same currency?

“The alternative to the EU would be a ‘Europe of nationalism, a Europe of borders and walls’ — a formula that had led the continent into ‘catastrophe’ repeatedly in the past, Schulz said.”

Schulz wouldn’t want citizens of European countries to think for themselves as it’s simply too dangerous. Never fear though, he will ensure the safety of Europe by: taxing its peoples of the majority of their incomes, controlling their lives, and bringing in millions of refugees while doing nothing to verify that there are no dangerous elements among them. What could possibly go wrong with such a plan?

“Germany is on course to take in one million asylum seekers this year, half of them from Syria.”

Perhaps this is Merkel’s desperate attempt to make up for a pathetic birthrate of 1.38 as of 2010?

“Schulz voiced concern about a lack of solidarity by many EU members in hosting the refugees, and about moves by several eastern European countries to build new barriers.”

Schulz just can’t seem to get over the fact that not everyone agrees with him. Why should the proles, I mean citizens, think for themselves?

As a bonus to the “refugee” question Representative Loretta Sanchez (D-CA) who is vying for the Democratic Senate seat of Barbara Boxer just stated that up to 20% of Muslims in the U.S. desire to live in a caliphate. Such thoughtcrime from a prized minority member of the Party is not to be tolerated though; her thoughtcrime is grievous. As all proud Party members know, only racist white people can be (or a portion thereof) identified or generalized as killers.

Based upon recent election results in France I believe that French citizens do not care what people like Schulz think. The Front National has received more votes than both the Republicans and Socialist Party. 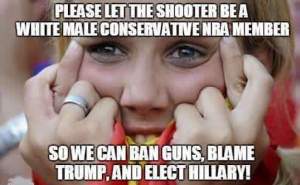 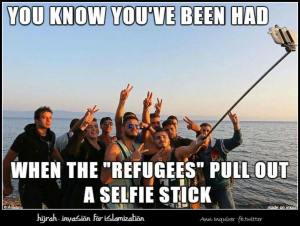 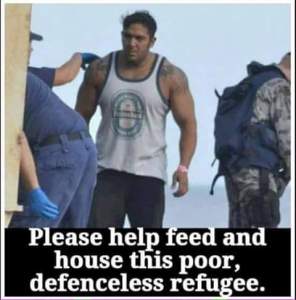 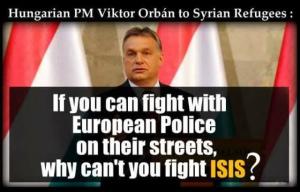 Here’s why Martin Schulz wants to bring in millions of refugees and why you should agree with him: