I recently happened to stumble upon a video depicting just how successful the Arab Spring that President Obama was a big proponent of, is going. The video depicts Salafis in Tunisia and what they believe in. Just watch how much they want to live in peace and stand in awe of how they want to be in a prosperous, free republic.

By really any measure, Tunisia has had the least violent revolution and amount of bloodshed. The Tunisians live in a constitutional republic now. Compared to pretty much everyone around them, Tunisia is doing pretty well. If we turn our attention over to Libya the government that was formed after Gaddafi was removed from power no longer controls the two main cities of Benghazi and Tripoli. A civil war rages on and the body count continues to rise in Libya, probably safe to say that Libya is a failed state. But hey, the internationally recognized government is trying. One of the interesting things I should point out is that the Pentagon did more to try and stop the U.S. from entering the war in Libya than the State Department under Hillary Clinton did. The Washington Times piece on this aspect of the story is well worth your time. As we can all see, the 110 Tomahawks fired at Libya were for a good cause. I guess Hillary would respond to this criticism by saying something like “What difference does it make“. 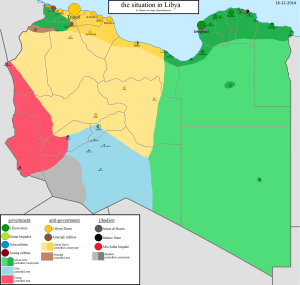 We can then focus on Egypt for a few minutes, where President Obama and former Secretary of State Hillary Clinton thought supporting (and still do actually) the Muslim Brotherhood was a fabulous idea. If you work at the New York Times, you even think working with the Muslim Brotherhood, who considers the United States an enemy, to be a great policy idea. Mohammed Morsi was elected president of Egypt, for a short time anyway. After millions of Egyptians decided to march in the streets and suffer under the Muslim Brotherhood no more, he was deposed and al-Sisi was elected as president. At least the Muslim Brotherhood is no longer in power and Egypt is avoiding the type of war that Libya, Syria, and Iraq are dealing with. The Middle East Media Research Institute (MEMRI) translated some of the Egyptian Government’s thoughts on U.S. State Department officials entertaining meetings with the Muslim Brotherhood. The Egyptians couldn’t be happier that this is actually be allowed to happen. On a side note, President al-Sisi is one of many Arab leaders who doesn’t trust President Obama and is looking towards Russia for support. Is this how leading from behind works? 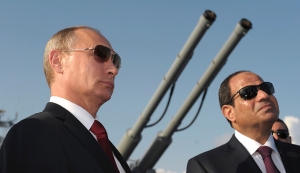 We could also talk about how a certain genius came up with “red lines”, said he was going to get involved in the Syrian civil war, and then (thankfully) backed off. I wonder if progressives count that as a foreign policy victory? As we all know, Iraq and Syria are still in the middle of a war that doesn’t seem to be ending anytime soon. Both the Syrian and Iraqi governments are nominally supported by Iran now, which is always a good thing right? Is it even proper to say that Iraq and Syria are countries anymore? I wonder how many people genuinely believe that the Arab Spring is working out well? Perhaps it’s also time for some progressives to take Obama for peace bumper stickers off of their car. If we’re not really going to finish a war why fight at all? What’s the point in risking American lives if the current administration isn’t going to take it seriously? I suppose that Iraq is doing as splendid as Yemen right now, a real foreign policy victory. I also wonder if I should believe that no American soldiers are in danger in Iraq? 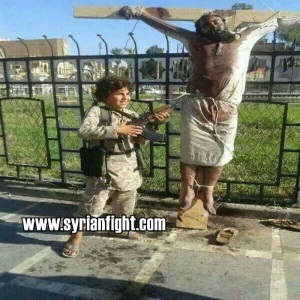 The Economist put together this map showcasing the condition of various Arab states. Doesn’t look promising does it? One thing not reflected upon the map is how the Yemeni government was toppled. If any information on this post is out of date, please let me know.