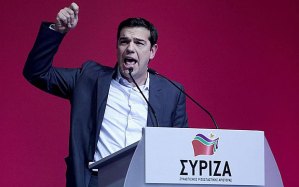 By now many of you have heard about the Communist government that was elected in Greece and the “promise” to do away with bailout problems. An agreement for a four month extension of debt payments was granted to Greece by the Euro zone and IMF creditors. It’s really amazing that the Greeks were desperate enough to believe that Syriza would be able to fulfil all guarantees made during the election and still keep the welfare state. I don’t believe in the Euro zone but a government that has no money and is asking for massive debts to be forgiven doesn’t really have many options available. Those that voted and believe that Greece can keep its welfare state, keep the Euro, and not pay back any loans could use a reality check.

What do those of you reading this think the odds are of Syriza keeping its promises, avoid a default, or keep the Euro? I personally believe that it’s time for Greeks to give up on the Euro experiment and regain some sovereignty. I suppose that almost thirty years of socialism with the Panhellenic Socialist Party just wasn’t enough for the Greeks.

Reuters-Greece runs out of funds despite euro zone reprieve

The other socialist failure that I’ll mention with this post concerns Venezuela, a country that exports essentially nothing except for oil. Now that those prices have collapsed all of the welfare programs provided by the state, massive expansion of the public sector, price controls, and other factors have caused the Venezuelan economy to enter a tail-spin. The country can’t supply basic goods to its citizens, constitutionally mandated healthcare isn’t provided, the country is near default, and inflation is over 60%. As should be expected, Nicolas Maduro is blaming capitalists, the CIA, and the United States. I suppose that progressives are also OK with the rising oppression of the Venezuelan people, it is being performed by a socialist government after all. If nothing else they will probably not say much about what is happening, unless it’s to blame the Koch brothers or something of that nature. I’ll close this post out with one last picture. 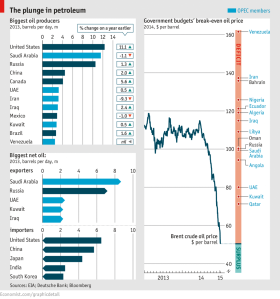 One thought on “More socialist failures, Greece and Venezuela edition!”