Greetings comrades! It’s been a while since I’ve posted here and I figured I would talk about those typical greedy capitalists and their desires for gun ownership. Every good prole knows that only police and military personnel should have weapons, not private citizens. Even then, only national police should be trusted with weapons, not local yokels like those losers in Baltimore or Ferguson. Because if anything will improve the performance of an organization like the Ferguson Police Department, surely it will be a nationalization of local police forces. It’ll be as good as the Affordable Care Act was for healthcare prices in the United States, or forced collectivization in Ukraine.

Remember folks, only a national police force and the military can be trusted with guns. Anyone who thinks that they have the “right” to bear arms is an enemy of the State and People of the U.S.S.A and should be re-educated. Just ask any typical leftist Hollywood star that lives in a gated community with armed guards and they’ll tell you, guns are bad in the hands of ordinary citizens. Be like your betters and make sure that you wear prison orange every June 2nd.

I know that I’m a few days late on posting this, but don’t forget to spread these Party approved messages with all of your fellow proles. Enjoy! 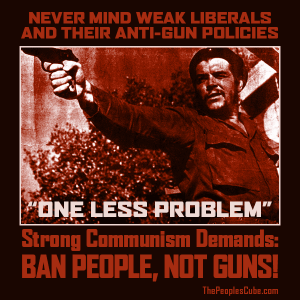 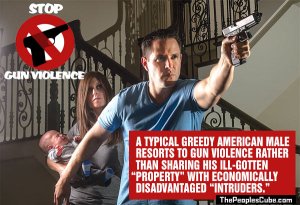