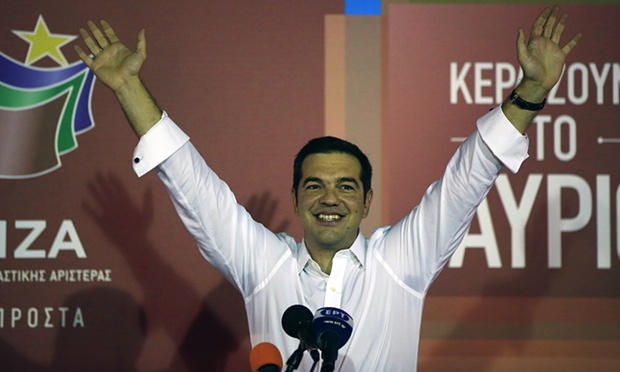 It seems as if no one really cares about Greece much these days. The Greeks held their bailout referendum, the Greek bluff was called, and then the Greek government quickly caved on accepting E.U. terms for another €86 billion bailout. I suppose that the recent problems in China (a 30% drop in one month) were among many of the things more important than some socialists racking up too much debt and possibly not being able to retire at 58 anymore (or 45 for preferred Party groups). I wonder how many more bailouts the Greeks will accept and how much longer the default can will be kicked down the road?

I’m really not certain why so many Greeks think that they are entitled to money from other E.U. member states. Former finance minister Yanis Varoufakis called the deal “a new Versailles Treaty“. This is about the worst possible analogy that the communist could have come up with. Whose fault is it that the Greeks lied about their finances to fulfill Maastricht treaty obligations and adopt the Euro? If Greek socialists are so intent on not paying back any money, keeping their generous perks, and independence from the E.U., why not adopt drachma again? They can be like the Workers’ Paradise of Zimbabwe and enjoy 231,000,000% interest rates. It will be glorious!

Prime Minister Alexis Tsipras was victorious in his re-election bid with about 35.5% of the vote. The Syriza splinter group, Popular Unity, got about 2.8% of the vote. Since Popular Unity received less than 3% of the vote, they’re not even able to enter Parliament. The Guardian article that I’m getting this information from is pretty hilarious. One of the better statements was this gem: “Tsipras’s win in January marked the first time the radical left assumed governance in a country“. Was the Panhellenic Socialist Movement, which ruled the country for decades, not a socialist party? The New Democracy Party, which received 28% of the vote, is considered a “centre-right” party by The Guardian. Funny enough, the Wikipedia article calls the New Democracy Party a “liberal-conservative” party, as if the progressive concept of social justice is compatible with free markets and liberty. I suppose that if your not an overt socialist in Greece you must be right-winger.

What’s in store for the Third Hellenic Republic? When will we find out? When will other countries give up on giving Greece more money? Will the Greeks finally dump excessive state intervention and socialism? Will another idiot start a CrowdFund campaign for the Greek government? Only time will tell…

Bonus Round: Did you know that it’s illegal not to vote in Greek elections?