OK comrades, the fine Kommissars over at Economic Illiterates for Bernie Sanders 2016 have come up with some more Party propaganda to enjoy and spread amongst your progressive friends. But don’t be afraid to share them with your Neo-Kulak friends like: KKKonservatives, Losertarians, and RepubliKKKans who don’t believe in Socialism. Don’t be afraid, any who oppose the will of the Party will be purged in the coming Cultural Revolution. Have fun citizens! 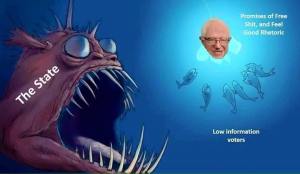 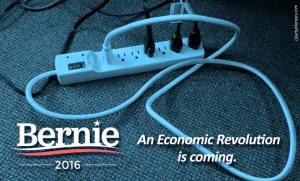 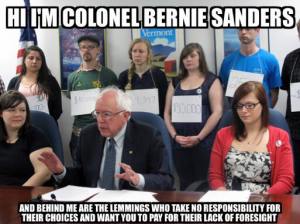 I put some pictures up from actual Bernie Sanders’ supporters. Don’t lie, you couldn’t tell the difference between reality and satire. Remember, we don’t need freedom. What we need as citizens is central government control of the economy to ensure that all citizen’s needs are met just like in: Detroit, Zimbabwe, Rhode Island, or Venezuela. Once the government controls political speech and spending, all will be fair in our elections. Indeed, it will be a true progressive utopia. Let’s close this post out with an actual debate with a Bernie supporter: