I recently read an article on Yahoo! Autos about the Ram Rebel that’s coming out soon. It’s pretty much just a Ram 1500 with some more expensive trim pieces, a one-inch lift, and 33″ Toyo A/T’s. The cheapest 4×4 version of this truck goes for $45,915 and this is for the V6 version. Stepping up to the V8 jacks the price up to $55,375. I simply don’t see how this truck can cost so much. I suppose that it looks nice on the inside and is slightly taller than a stock Ram 1500, but this much? It doesn’t come with a locking differential, the front CV axles are stock 1500 shafts, and any sticks that hit those stupid air bags will leave you sagging on the trail. I guess FCA is charging a lot for things like the kick-ass tread pattern in the seats, it certainly didn’t go towards using properly designed electronic control systems…

I looked up how much a 2014 Ford F-150 Raptor cost new and the price turned out to be $44,995. The Raptor shows up with things like a bigger rear axle (Ford 9.75 vs. ZF 9.25), a locking rear differential, 3″ Fox coilovers, a LSD in the front, 35″ tires, longer axleshafts in the front, a V8, and doesn’t have air bags ready to be popped by any sharp sticks or brush. I can at least see where the money on a Raptor goes towards and it still looks good inside and out. If you wanted to, you could build up a used truck to be like the Raptor for less cash, but at least the price of a new Raptor makes some sense and the upgrades really add to the off-road ability of the truck. The Rebel just looks like a sticker and trim package to me.

I suppose that the Rebel isn’t a Raptor competitor though, it’s closer to the FX4 trim. But even then, some stickers, trim pieces, and tread pattern seats aren’t worth $10,000. The FX4 also comes with that locking rear differential, which the guys over at Ram trucks don’t seem to offer (unless you want to pay for a Power Wagon). The price that trucks have been going for lately seems to be going up rapidly. Good luck trying to find a Power Wagon that doesn’t have thousands in extra options. The cheapest new F-150 in San Diego county goes for $31,560. The cheapest Colorado (a mid-size truck) goes for over $30,000. With new vehicle prices being jacked up due to extra accessories, about a quarter of new auto loans have 73-84 month terms. I simply can’t imagine having an auto loan for that long.

What do you think? Is there some value in the Ram Rebel that I’m simply missing? Am I being to judgmental? Let me know what you think in the comments below.

For anyone who’s interested in the Ram Rebel, watch it own some dirt roads and do some donuts. 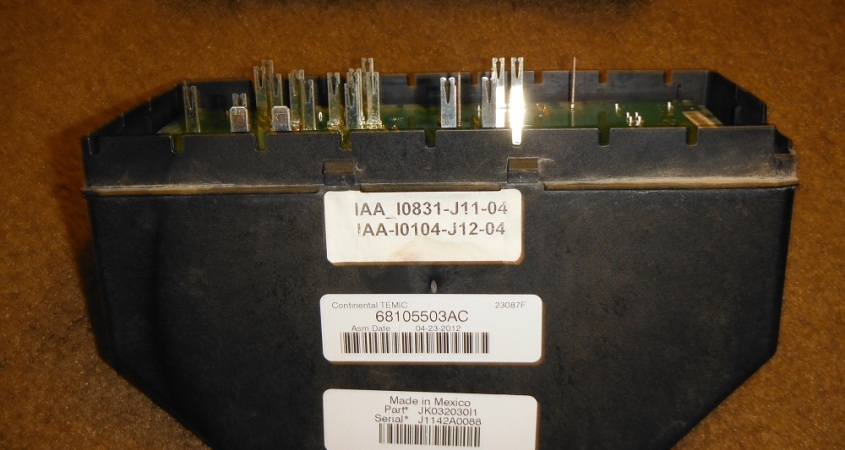 One of the reasons I haven’t posted as much lately (aside from laziness) is dealing with the Totally Integrated Power Module (TIPM) that’s installed in my Jeep. In less than two years ownership of my 2012 Wrangler I’ve had to replace this device twice. The first time the TIPM failed was in the desert. My dashboard turned into a Christmas tree, the speedometer went to zero, the engine oil temperature meter pegged, and when I plugged the OBDII reader in I pulled numerous faults that amounted to a loss of communication with numerous components. In vain hope I decided to disconnect the battery. I was also an idiot and shorted the terminals together. The dealer noticed this on the battery terminal and claimed that I “cross-jumpered” the battery; as if some current flowing through just the battery terminals should damage the TIPM (without blowing fuses by the way). I was out for about $650 on the part and $300 on labor. It also took two weeks for the part to show up. This happened about six months ago. Here’s the work order for the first TIPM replacement:

Last month, I received several fault codes from the ABS Module (C1246 & C1082), TCM (U0414), and fuel level instrumentation (P0643). These codes are obviously not related and I thought that the TIPM might have failed again. I dropped the Jeep off at the dealership (Midway in San Diego). I got a call the next day asking to drop the fuel tank to check a couple of test points. After showing up in person to explain that they should troubleshoot indications that don’t involve so much time and effort. I also explained how it made little sense for numerous sensors to all fail at the same time. The dealer tech relented and the next day I received a phone call stating that the TIPM failed again. The new TIPM has still not show up and I bought a new-to-me truck, a 2011 Tacoma. The dealer did not offer a courtesy vehicle. I’ll post up what the work order says for this next replacement as soon as my Jeep is fixed. (Update: The work order is posted below. I got a whole 4761 miles out of the second TIPM.) After dealing with rather long wait times to receive this part I decided to look into that matter some more…

The TIPM might just look like a fuse and relay box, but the positive terminal of the battery is connected directly to it and the TIPM is a power switching and control device that controls many settings and supplies power to all peripheral components and systems. The TIPM has a case on the outside (duh), has fuses and automotive relays near the top, then has seven decks of buswork (wires), has a board with several relays and Integrated Circuits (IC’s) that perform the logic operations, and then some sockets near the bottom. The TIPM even controls pulse width modulation for the headlights. And when overcurrent conditions are detected by the circuitry, the TIPM will often just shut off the offending system with no warning. But hey, this device allows the radio to stay on after pulling the key out of the ignition. Just a few photos to get a better idea of what’s in there: 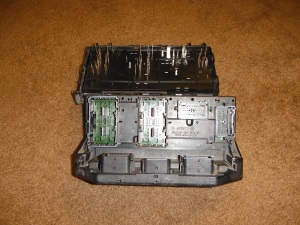 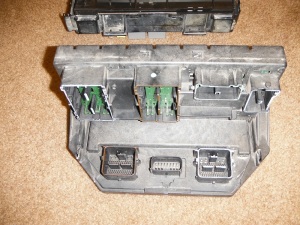 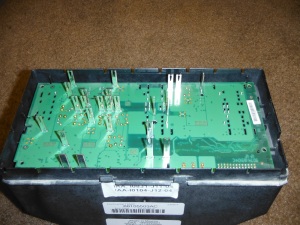 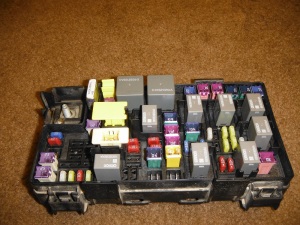 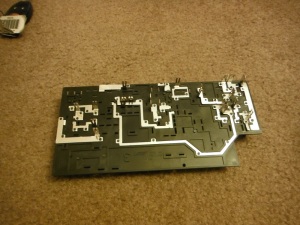 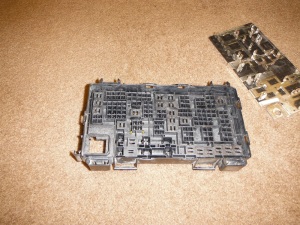 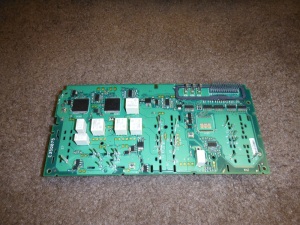 Interestingly enough I couldn’t find this part on Mopar’s website. I was able to find the part on another website as a slightly newer revision. But if Chrysler hasn’t bought this from a vendor who could properly assemble and/or design the TIPM I really don’t want to try this again. It really doesn’t help that any one of the relays on the board (the white boxes) going bad can cause a loss of functionality with no warning. The only thing that can be done if one of the relays or IC’s fail on the board fail is to replace the whole TIPM.

Complaints about the TIPM that’s been supplied in most Chrysler vehicles since around 2006/7 are nothing new. The 2007 Wrangler and Dodge Nitro had to have the TIPM reporgrammed to prevent the fuel pump from turning off during operation. 2011-2013 Jeep Grand Cherokee’s and Dodge Durango’s had to be recalled due to fuel pump relay failures in the TIPM, affecting almost half a million vehicles. A search of National Highway Transportation Safety Administration complaints show numerous instances of 2006 Dodge Power Wagon’s having failing/failed TIPM’s that sometimes cause loss of functionality such as trailer brake lights going out while towing, or windshield wipers turning off in the rain. There are several instances of Dodge/Ram truck owners going through multiple failed TIPM’s. The Center for Automotive Safety also has plenty of documentation relating to these failures for anyone who’s interested. It really is too easy for the TIPM too fail.

A number of people seem to be getting upset with Chrysler and a class action lawsuit is pending against Fiat-Chrysler. I think that it’s about time I added my name to this lawsuit, especially since Chrysler’s motion to dismiss failed. I ended up buying a 2011 Toyota Tacoma and am thoroughly finished with Chrysler. At least as soon as the part shows up and I can finally sell my Jeep anyway. For anyone who’s interested in a Chrysler vehicle, be very careful.