I saw this clip and I just had to put up another short post about what I witnessed. Are you afraid and quaking in your boots yet? Well you should be because Incestiny is coming for you!!! Watch what happens when you guzzle pure soy and behold the threatening spectacle of a typical Antifa member! 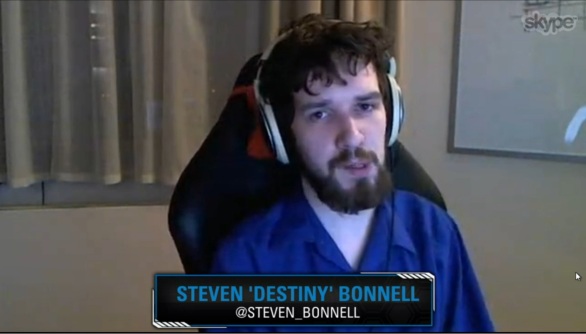 This post will be another short one to write but the videos are some serious gold.

Also, here’s why I refer to Destiny as Incestiny:

His Destiny is Autism

“I need to understand what you’re saying contextually” in response to Mr. Piker being asked if he’s a man 34:30

“A higher state of consciousness” from smoking pot 53:36

Being aggressive as a man is toxic. JLP: “Are you for just allowing the illegal aliens to come in?” Aaron Morris: “Yea.”

The self-admitted beta male admits to himself that he does discriminate against “bad things.” AMAZIN! Also, do progressives believe that people are born homosexual or is sexuality fluid?

I don’t even know what to say or where to start about these debates. All I can do is sit in awe and watch…